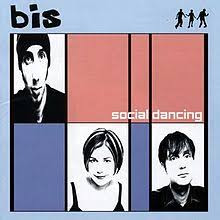 I had a bit of a wobble on Tuesday just before the minute's silence for the NHS staff and care workers who have died so far during the Coronavirus pandemic.

I had drafted a post having a bit of a rant at the shortages of PPE and the fact that the Government with their BBC lapdogs are being somewhat reticent in revealing the extent of the number of deaths and the devastation when they were quick to do so in Spain and Italy.The desperately sad situation in care homes was also getting me down particularly given that my mum was in one for just over a year before she died.

However posting it would probably have made me even more twitchy and angry.
So instead I have decided that today we will have some Euro Disco courtesy of the band bis.

This should cheer us up.