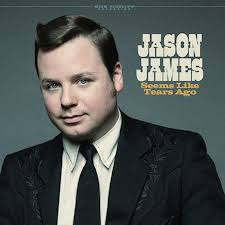 As  the Americana Highways website asks "did George Jones come back from the dead?"

Seems Like Tears Ago is a 2019 album by  Jason James as opposed to Jason Jones
James is a Texas born former punk rocker who grew up with traditional country, living in Texas, so I guess it was something that was ingrained in me.(Billboard)