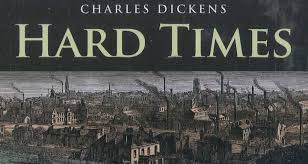 I was a bit stuck for inspiration for today's post when Hard Times Come Again No More popped up on the i-Pod.
Problem solved and it was off to the hard drive to see what other songs I have which reference hard times.
I was sorely tempted to include Fell on Hard Times by Neal Casal but it featured on my 50 Americana albums series earlier in the month.
Still Gillian Welch, as I am sure you will agree, is a more than able substitute.
There were a couple more but I opted for Hard Times Ahead by Janis Martin.I'm not sure how or where I acquired it but it is from 1960 and  from an album called The Female Elvis:Complete Recordings 1956 -1960. So called I imagine as she was that rare thing , a female Rockabilly artist.