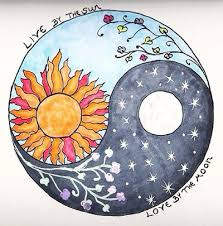 Is there anyone still with us?
Oh good, just checking. Welcome to the penultimate Happy Hippy Chick Mix and another three happy songs.

First up are Kings of Leon. On the back of all the hype I got their 2003 debut album Youth & Young Manhood from which Happy Alone is taken. This is their debut on CCM given that I rarely if ever play it and have never felt the desire to acquire anything else of theirs. My typed tracklist on the mix says Kings of Lean who are almost certainly better.

The pick of the bunch this week, in my humble opinion, are the happy sounding Sunshine Club with the appropriately named Happy Song.
A song from their self-released debut alum Visit to a Small Planet  from 1997 and which crossed my radar when it appeared on the Glitterhouse compilation Come Fly With Us. I've never heard anything else by then.

Tune in next week for the final instalment.

The Magic Numbers - Which Way to Happy
Posted by Charity Chic at 08:00