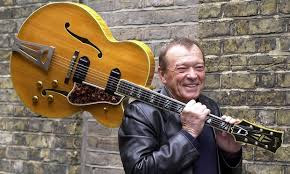 Today we pay tribute to the legendary Memphis producer and songwriter Chips Moman who died on 13th June one day after his 79th birthday.
Born Lincoln Wayne Moman in La Grange, Georgia where he died in a hospice after suffering from a disease of the lungs.
What a talent
His production credits include From Elvis in Memphis recorded at his Memphis studio American Sound Studio which he founded after falling out with Jim Stewart at Fame in Muscle Shoals.
Also an accomplished songwriter. Here are two absolute classics which he wrote with Dan Penn.
Obviously Do Right Woman is always associated with Aretha Franklin but I got a DMCA notice the last time  I played her so here are Dan Penn and Spooner Oldham  instead.
I've a CD with 19 versions of Dark End of the Street. It includes Dan and Spooner's version and THE definitive version by James Carr. They have both featured before so here is the next best thing The Flying Burrito Brothers featuring the golden tonsils of Gram Parsons.

The Flying Burrito Brothers - Dark End Of The Street
Posted by Charity Chic at 08:00