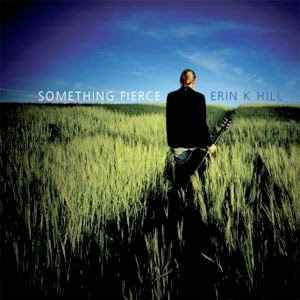 Something Fierce by Erin K Hill is yet another totally random charity shop purchase of which I know next to nothing.
I gave it a spin in the car the other day and was thinking pleasant enough but hardly earth shattering until track 3 I'll Be Driving came on and completely blew me away.I was going to say stopped me in my tracks but that would be dangerous whilst driving.
Track 6 Losing Sleep is not too shabby either.
I've not been able to find out that much about her other than she is from Richmond Virginia and pitched up North Ayrshire to work in a charity in 2001.
The album is from 2006 and appears to be the only thing she has put out which is a bit of a pity.