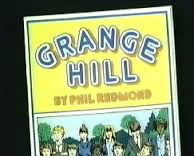 Lost in the Dream by The War on Drugs sits next to Wall of Voodoo on the indie/pop shelves so got dusted down for a listen recently.
Initially I was not too sure of this record thinking it was a tad pretentious in places. The jury is still out although it seem to  be be getting better every time I play it - which is not too often if I'm honest.

You'd be mugs to take drugs - just say no!


The War on Drugs - Under the Pressure

The War on Drugs - Lost in the Dream
Posted by Charity Chic at 08:00