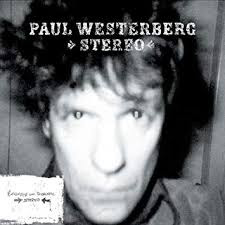 No not the two Glasgow vegan bars and music venues but rather two albums by former Replacements  front man Paul Westerberg  from 2002 on Vagrant Records.

I've had Stereo for over a week and have only just discovered that it also contains Mono which is recorded under his altar ego Grandpaboy.

Recorded in his own basement studio in his own words cut mostly live in the middle of the night,no effort was made to fix what some may deem as mistakes,tape running out,fluffed lyrics, flat notes,extraneous noises etc.Many were written (or born if you will)as the tape rolled.
Unprofessional? Perhaps. Real? Unquestionably.

All of which explains why some songs stop rather abruptly and means that I can now feature the rather good Dirt to Mud which I wasn't going to until I read the sleevenotes.

Both songs from Stereo given that I've just stumbled across the Mono disc and haven't had time to listen to it yet.

Paul Westerberg - Dirt to Mud
Posted by Charity Chic at 08:00