State of the Union - Kansas 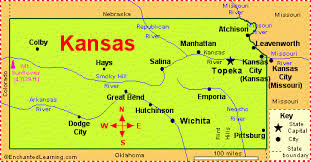 George writes:
This week no music from the band named after this state will appear. But if Kansas’ first album, called Kansas, had a track on it called Kansas, well, I might have changed my mind. But Wichita is in Kansas, so here is this near-perfect pop song

It could have been a Glen Campbell double, but Galveston, the follow up single, and just as good, is in Texas. Kool and The Gang covered Wichita Lineman, and it is not nearly as good as this!!!!!!:


There are over 100 covers of the song, and I have listened to a plethora, but none try any re-interpretation but are simply bands’ and singers’ copies, it’s like listening to some sort of Witchita Lineman tribute act. The Simone Kopmajer version is, though,  pathetically tedious, yet somehow the Inger Marie Gundersen cover manages to be worse. I did get excited when I discovered a version by the Electric Light Orchestra. On re-reading it was by the Electronic Concept Orchestra, and they should not have bothered. King Harvest seem to be “a lineman for the counteeeeeeeeee-uh”. And Dennis “money in my pocket” Brown tries, but by the sounds of it, not too hard. 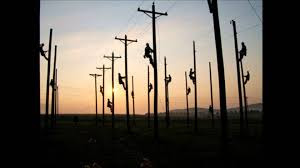 The state of Kansas produces a whole load of wheat, corn, soybeans (I assume that is the same as soya beans) and something called sorghum, a plant I had never heard of - it’s a type of grass, and I think it is grown in Kansas as fodder. 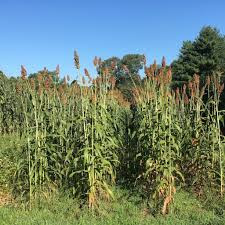 (Above is a picture of some sorghum)

Next song is by Josh Ritter who seems to be having an existential crisis in Lawrence, Kansas:

Last song (from me) is by Big Country, from Dunfermline not Kansas. I’m not sure there are too many similarities between industrial (or post-industrial) Fife and Kansas, but I am open to persuasion:

Big Country - we're not in Kansas

That place in a million westerns, Dodge City, actually exists, and it is in Kansas.

That’s Kansas, home to the two blokes who murdered the Clutter family (In Cold Blood).

That’s Kansas, where according to one website, the inert gas helium was discovered in 1905. This would be news to the Scottish chemist and the  two Swedish chemists who formally discovered it ten years earlier, as well as the astronomers who detected its existence 30 years before that. That Scottish chemist is Sir William Ramsay, who was awarded the nobel prize for his discovery of inert gases in air. A full year before those Americans “discovered” helium. Thus Sir William Ramsay in effect added the last column to the periodic table. To the non-chemists out there, helium is the “squeaky voice” gas.  Thanks to that lazy website I am unsure if Kansas really does have the world’s largest ball of string, the largest easel or if former president Dwight D. Eisenhower was actually born in Kansas. 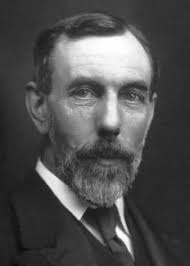 Another one next week,

CC writes
I'll spare you the Glen Gregory version of Wichita Lineman.
I also had Josh Ritter lined up.
So instead from the mighty Hollywood Town Hall here is yet another contribution to this series from The Jayhawks