State of the Union - Nebraska 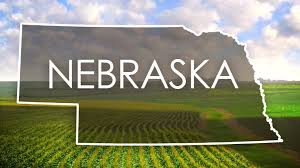 The previous week’s state was not inspiring, so I checked my list to see if this week’s state could somehow inspire me, get the creative juices flowing with it’s many interesting cities, landscapes and references. And I recall that Penny from  the Big Bang Theory is from Nebraska. It’s a start. There is also an album called Nebraska, surely that can yield a suitable and good song??? A powder called Kool-Aid was invented in Hastings, Nebraska. You add water to it and get a fruit-flavoured drink. I’ve never seen it in the UK, not that I’ve ever looked for it. It sounds something like Creamola Foam (middle-aged Scottish people will be familiar with that disgusting stuff). I think some Weegies liked to mix vodka with their Creamola Foam. Made a change from Buckie and Eldorado, I suppose. 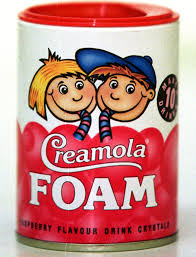 Also from Nebraska, and more famous in the UK certainly than Kool-Aid (or Creamola Foam) are Henry Fonda and Nick Nolte. And Marg Helgenberger (original CSI). And Fred Astaire. The website furnishing the above four did not think Marlon Brando (born in Omaha) was sufficiently famous to be included on their precious list. It also excluded de facto president of the USA from 2001-09 Dick Cheney. Also excluded were ex-President Gerald Ford, and Malcolm Little (Malcolm X), Montgomery Clift and James Coburn. And, again one for the middle-aged, Bosley of Charley’s Angels was born in Omaha. He appeared in every episode, all 110 of them. He was born David Doyle. That Ranker website, it’s not the greatest at this “famous people” thing, is it? 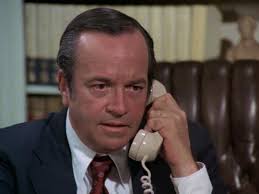 And Omaha is going to supply the second song as well, by Sonny “Young Love” James, with a great banjo interlude half way through.

Arbor Day in the USA began in Nebraska in 1872, when one million trees were planted.

That’s Nebraska, where in Blue Hill, a woman wearing a hat that might scare a timid person can not be seen eating onions in public.

Over to CC for his tune. And another one next week.

CC writes:
In his first paragraph George alludes to one of the the greatest albums ever made.Here Andrew and Peter collectively known as The Cash Brothers pay hommage: