State of the Union - Alaska 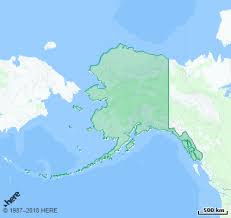 
This week it’s Alaska. To me that means a huge freezing cold state covered in snow and pine trees, an abundance of oil, grizzly bears, salmon, bears eating salmon, that dangerous cretin Sarah Palin, and the TV series Northern Exposure, the boxed set of which we own and are probably the only people on the planet to have watched every single one of the 110 episodes. Still, it’s no Stargate. But I would rather re-watch Buffy The Vampire Slayer than re-watch Northern Exposure. 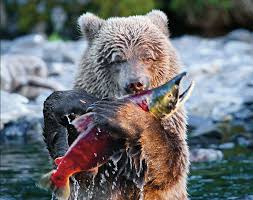 Alaska can supply plenty of songs e.g. Anchorage by Michelle Shocked, there’s a John Denver song, and Johnny “Honky Tonk Man” Horton has two songs about Alaska, the Bee Gees, in 1972, had a song called Road To Alaska (which includes the idiotic lines of I’m on the road to Alaska, it’s nowhere near Nebraska, and the music contrives to be even worse than that inanity suggests), there’s one by Wanda Jackson, and Jethro Tull and Joe Walsh both have songs with Alaska in the title. So here are two songs, the first one has some fine fluting, so it has to be The Tull:

And some fine bendy, twangy guitar in this cover version by Dwight Yoakam, far far superior to the Johnny Horton version:

There is an album by a bloke called Andy Miller, from Juneau, Alaska, called 15 Juneau Songs. Lots of out-of-tune plaintive wailing and whining,accompanied by a piano: It has not joined the collection.

It comes as no surprise to me that are no famous people born in Alaska.

And that’s it. Another one next week.

CC writes:
Short and sweet this week from George for a pleasant change. I have the two Johnny Horton songs and Anchorage and this track from the If Looks Could Kill single:

No blog tomorrow in attempt to get rid of the spammers
.
Posted by Charity Chic at 08:00