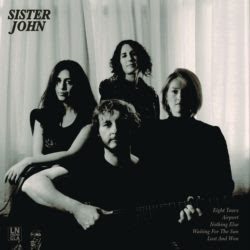 We are off to the  Poetry Club, SW3 tonight (a new venue for me) for the album launch of the eponymous second album by Sister John the follow up to their 2017 album Returned From Sea.

If it's half as good of  the predecessor, which was my album of the year for 2017, then we are in for a treat.
I'll be picking up on my copy on the night on transparent milk white vinyl no less.
I haven't heard it, yet bar for single I'm The One  (see video below),  but any reviews I've read have been very positive. I know that Drew rates it highly.


If you don't have Returned From Sea you know what to do that is buy here. Available on both CD and vinyl