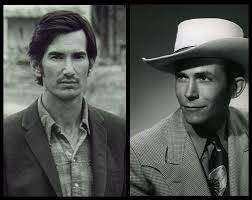 A Happy New Year to you all
Long suffering readers will know the drill by now and any  newcomers well you will just have to get used to it.

Hank Williams died on the 1st of January 1953 aged just 29 and Townes Van Zandt in 1997 aged 52
Two artists who profoundly influenced Country music in their own way. Hank brought it to the world's attention and Townes was influential in inspiring the Americana movement.

I find it inconceivable that there are people out there who don't have any music by them but if you fall into that category you know what to do.
A New Year Resolution that should be easy to keep and one you will not regret.

Hank Williams - Move It On Over