These Days of Ours 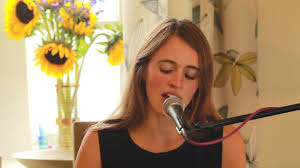 I picked up These Days of Ours a 5 track EP by India Bourne from 2011 for 50p in a charity shop in Forres.
It was a pretty random purchase. Pretty random rather than totally random as I figured from the cover that it may well be folky and ethereal - and so it proved. Also Forres is right beside the Findhorn Foundation who sometimes put on music and are very much left field so I thought she may have played there or this was donated by someone who lives there.

So who is India Bourne? Well my research tells me that she is from South Devon but now resident in South London and that she plays piano and cello and is a member of  Ben Howard's band having known him from childhood.
This was her debut record. I can't see any evidence of a follow up.

India Bourne -In His Arms

India Bourne - These Days Of Ours