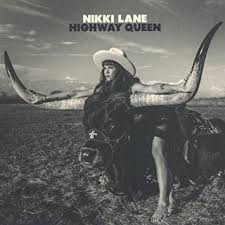 This is a series which could run and run until I get bored with it given that there is so much material out there to choose from.
This week I am focusing on Country Queens and you are getting three in chronological order from the oldest to the most recent.

The best of the three also happens to be the oldest. From 2000 and from her debut album Not the Tremblin' Kind on Spit & Polish part of the Glasgow Shoe Shine label Laura Cantrell is the Queen of the Coast.

From 2011 and from the album of the same name Eilen Jewel is the Queen of the Minor Key.

Finally the title song from the 2017 album pictured above  Outlaw country singer Nikki Lane is the Highway Queen.

Something completely different next week.

Laura Cantrell - Queen of the Coast