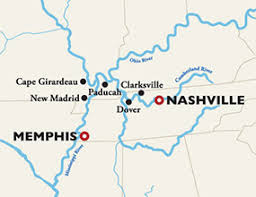 We have been away for a few days so this post was written in advance. At the time of writing (Sunday the 4th) Carl and Pearl Butler had a commanding lead over Robbie Fulks and Linda Gail Lewis which if it still stands makes it  Memphis 1 Nashville 1

This week we have Chuck Berry v Steve Earle.
You will all be familiar with the song  Memphis,Tennessee .Sadly  I don't have the version by the Silicon Teens mentioned by Dirk so you will have to settle for the original.

South Nashville Blues from Steve Earle's 1996 album I Feel Alright is somewhat autobiographical from his years lost to drug addiction prior to a spell in prison. Not one I suspect that is mentioned by the Nashville Tourist Board.

I'm going for Mr Earle in this instance. Who knows if the Silicon Teens had been available it may have been another story.
Others, as always may choose to disagree.