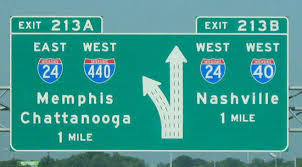 A fairly comfortable win for the Colorblind James Experience and Memphis last week meaning that The Birthplace of Rock 'n' Roll has a 1-0 lead over Music City.

Who will win this week where we have a couple of Country male and female duos up against each other one pretty established the other less so.

In the Memphis corner we have the duo of  Robbie Fulks and Linda Gail Lewis from their recent album on Bloodshot  Records -Wild! Wild! Wild!. This one came to me third hand via Jez and George. Thanks guys.
As you may be aware Linda Gail is the younger sister of the Killer himself Jerry Lee Lewis.

In the Nashville corner are husband and wife Carl and Pearl Butler who performed as a duo from 1961 up to Pearl's death in 1988 with their take  on a song written by Dwayne Warwick the brilliant Sundown in Nashville. It has been covered by many others but none of the other versions are as good as this.
More thanks to George again.  I have it somewhere but I knew he could track it down more quicly from his extensive Carl and Pearl collection.

It's Mr & Mrs Butler for me this week. Others, of course may choose to differ