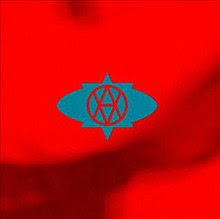 I had something lined up for today but it has been usurped by a recent purchase from a Stranraer charity shop as part of a three for a pound package.
From 1999 and on Peter Gabriel's Real World label Volume 2: Release as the name suggests was the second album from Afro Celt Sound System.
They are a group who fuse dance music with traditional Irish and West African music in a similar vein to what fellow Real Word artist Martyn Bennett did with traditional Scottish music.

The title track Release is the first one on the album and the collective are joined on this one by Sinead O'Connor or Shuhada Davitt as she is now known following her recent conversion to Islam.