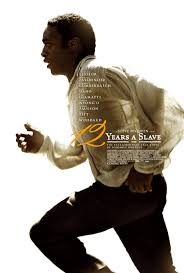 It looks as though I could potentially have another accidental series on my hands with Soundtracks of Films I've Never Seen
Last week The Big Lebowski this time round 12 Years a Slave bought at the same time in a charity shop in Blairgowrie.

Not as I thought initially a documentary about the great Dundee United manager Jim McLean and his habit of signing young players on prohibitively long contracts.
Rather it is a 2013 adaptation of the 1853 slave memoir  Twelve Years a Slave by Solomon Northup directed by Steve McQueen.
Whereas the soundtrack is probably not quite my cup of tea it includes some pretty well known contributors including John Legend, Alabama Shakes, Alicia Keys and Laura Mvula.
I've gone for two of the above.

Alicia Keys - Queen of the Field (Patsey's Song)
Posted by Charity Chic at 08:00