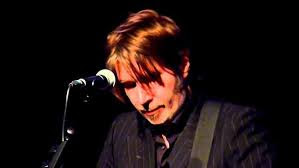 Mrs CC came in a couple of months ago with Some Other Sucker's Parade the fifth studio album from Del Amitri from 1997. Absolutely dreadful, Shockingly bad. It was swiftly dispatched back from whence it came.

She redeemed herself a few weeks later by returning with What Is Love For the 2007 debut solo album by their front man Justin Currie.
It is pretty good with the absolute standout track being the last one on the album No, Surrender.
Coming from the West of Scotland you listen to a song with that title with more than a little degree of trepidation.
I needn't have worried as the knuckle draggers get it in the neck along with everyone else.

A musical equivalent of a Drew rant. Take it away Justin ....