The Sundays on a Friday 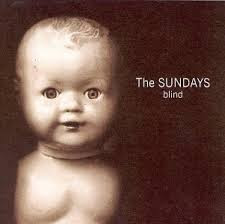 The Sundays are one of those bands who probably would never have crossed by radar without this blogging malarky.
I can honestly say that I had never heard of them til some of my comrades featured them although Summertime which I subsequently picked up as a CD single seemed vaguely familiar.

Purchasing Blind their second album from 1992 in a Dunblane charity shop now means that I have the set when it comes to their albums as I had previously acquired Static and Silence their third one and then Reading, Writing &Arithmetic their first one all from charity shops.

Blind is probably their least accessible offering and is somewhat dark and melancholy. It may well be a grower but at the moment I feel that if this was the first one I had encountered I wouldn't have bothered with the rest. Which would have been a shame.

The Sundays - What Do You Think?

The Sundays - Blood on My Hands
Posted by Charity Chic at 08:00