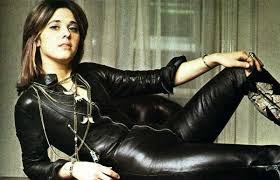 Suzi Quatro is now the proud owner of a bus pass. This was not the case in the early 70's when she was the only female standard bearer of the Glam Rock movement and also the focus of many a teenage crush.
She would have featured before had my album not been so badly scratched.
Daytona Demon was a top 20 single from 1973 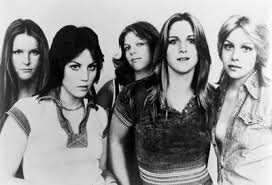 The Runaways were another band responsible for many a teenage crush albeit a few years later.
Featuring Joan Jett on guitar and vocals  they were produced by Kim Fowley
From 1976 Cherry Bomb was absolutely huge in Japan but didn't really do much in the UKor their native US.It also did very well in Scandinavia and the Ukraine clearly areas of good taste who like their music rocky and raunchy. 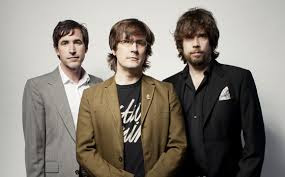 From Claremount, California The Mountain Goats are one of those many bands that I've heard about but not really heard much of their music. Based on the couple of songs which pop up on the Burnt Offerings series further exploration is clearly required.
Sort of Americana meets Belle & Sebastian. No bad thing

The Mountain Goats - Woke Up New