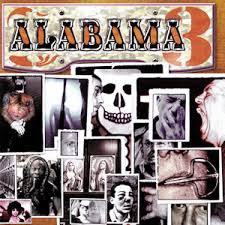 I've told this story before.
A magnificent debut album - Exile on Coldharbour Lane - my copy being a promotional one purchased at Vinyl Exchange, Oldham St, Manchester.
A phenomenal  concert at King Tuts including Dr D Wayne Love marrying two members of the audience on stage.
Then  their song Woke Up This Morning was selected as the theme song for The Sopranos.
Thereafter in my opinion they became complacent and rested on their laurels - certainly on the La Peste album and when I saw them at Glasgow's Carling Academy.
Round these parts it is known as doing a Rod

Here's from when they were good. Some splendid Country electronica