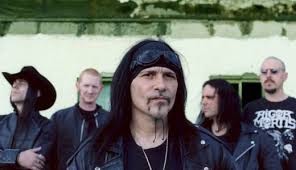 Burnt Offerings 18 and this week we get religion ... of sorts

First up are Ministry with the mighty Jesus Built my Hotrod.
They are joined by guest vocalist Gibby Haynes of Butthole Surfers fame.Al Jougerson explains the collaborative process
Gibby came down completely drunk off his ass to the studio we're at in Chicago. He couldn't even sit on a stool, let alone sing. I mean, he was wasted. He fell off the stool about ten times during the recording of that vocal. He made no sense and it was just gibberish. So I spent two weeks editing tape of what he did - Rock'n'roll!
My abiding memory of this song is of me, George and another couple of pals jumping out a car at a French service station and doing air guitar as this was belting out at full volume.
It is the only thing I've ever heard from Ministry but I suspect it is all you need 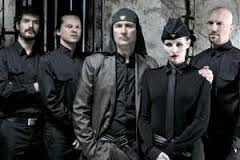 From Jesus to the Devil. I think I must of stumbled across somewhere posting Stones covers as this is the second in as many weeks,
I've always been slightly worried in case the politics of Slovenian electro-industrial band Laibach may be slightly suspect. They have been describes as both far left and far right and as racially ambiguous.
It may  of course all be part of the act - let's hope so

Laibach - Sympathy For The Devil 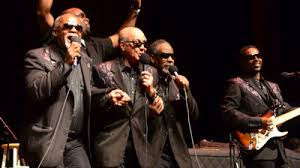 After these two songs it is perhaps time to cleanse the palate somewhat  and who better to do that than The Blind Boys of Alabama a group who have been about in various iterations since Jesus was a lad.
This song is from 2001 - hopefully the picture is from round about then too. I went for one in colour

Blind Boys of Alabama - I Just Want to See His Face

Some more agnostic nonsense next Wednesday