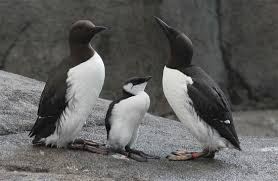 No Kylie this week but some other cute birds! (I'll get my coat)

First up are The Guillemots. Not our splendid feathered friends featured above but the London BRIT nominated indie rock band formed in 2004 by Fyfe Dangerfield. I hope that is his real name. Here is the rather splendid Who Left The Lights Off, Baby? from their 2006 EP From the Cliffs

The Guillemots - Who Left The Lights Off, Baby? 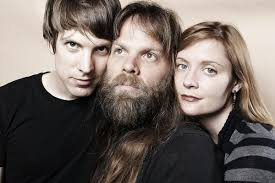 Back across the pond now to Austin Texas for a bit of indie rock courtesy of Shearwater a band's whose  music is notable for its imagery based in nature, cerebral yet intimate melodic songs (©  Pseud's Corner). Seventy Four, Seventy Five is taken from their 2006 album Palo Santo on Misra Records 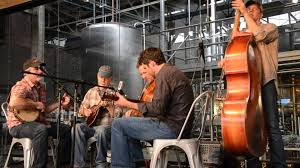 And we end with The Yahoos apparently once described as the Harlem Globetrotters of Roots Rock and featuring Dan Baird who was the frontman of The Georgia Satellites. Their 2001 debut album Fear Not the Obvious was on the mighty Bloodshot label a personal favourite of mine as I am sure that some of you are aware of. Where's Your Boyfriend At? however comes from their second album in 2006 Put the Hammer Down on Lakeside Lounge Records

The Yahoos - Where's Your Boyfriend At?

I'm guessing  that BO14 was put together in 2006! More nonsense from around about then next week
Posted by Charity Chic at 08:00