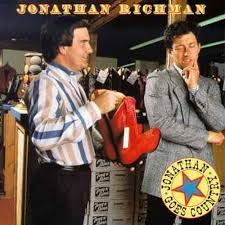 I can't quite believe that I've never featured Jonathan Goes Country before. But I've checked and it is indeed the case
His second solo album from 1990 on the Special Delivery label it is a  bit of a departure from what had gone before.
Featuring some classic country covers and a number of originals using country music as a starting point it is probably not everyone's cup of tea but I enjoy it immensely.
I pick up songs I can sing with feeling he states. Quite And not a Velvet Underground reference in sight

He's crazy, so what's the fuss?

Jonathan Richman - You're Crazy For Taking The Bus 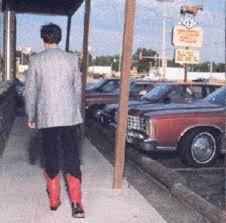