More from The Litoral 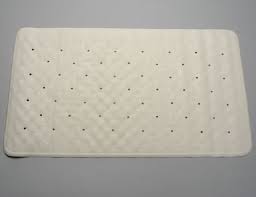 We recently had a city break, two nights in a post-industrial city about 2 hours drive from our little seaside town. Once the sardine capital of the world (the city not our town). Nice little hotel, central location, near to many bars, cafes and restaurants, including a vegetarian cafe that does a great lunch for 9.50 euros, for which you get a natural fruit juice, soup, main dish and a dessert, vegan options available. There’s also a very good Indian restaurant. Anyway, I was having a shower in the hotel, having a little sing to myself – Nice One, Cyril as you ask (I  substitute my name for Cyril) , and no, I wasn’t gazing admiringly at any part of my anatomy at the time– and I thought “this is a great shower mat, better than the ones we have at home”. And it was, nice and rubbery, a good grip on the bath surface, and pleasing to the foot. Yes, such are the things that occupy my mind, after all that schooling, the years spent in Higher Education, the research, the teaching, and I’m thinking how good the shower mat is. Our first one in the town house was a bit plasticky, a bit hard, and also, a bit slippy, so not really fit for purpose. Its replacement grips the bath well, has a slightly abrasive surface, quite comfortable on the feet, not at all slippy, but certainly not as good as the one in our hotel. In the groundfloor shower room in the town house and  at the farm,  we have what can only be described as  poor man’s versions of THM (The Hotel Mat), good surface grip, rubbery, but a bit thin. And having just read that description, I’m sure there’s joke in there.
And of course I got to thinking about shower songs, songs that I sing in the shower and also songs that are about showers, or include the word shower. And yes, for some reason, Nice One Cyril is a regular, as is the theme tune to the old tv series Rupert The Bear. Having typed that, I think my good friend and host of this blog might be contacting a doctor or two at his psychiatric hospital and passing on my name......especially when I add that I substitute my name in both the above songs, it scans nicely if I use a slightly childlike derivation of my first name.
https://www.youtube.com/watch?v=m5ybcVs8N-g

Somewhere in the Music Room I’ve got a 1980s song called Singing In The Shower, it’s on one of the 190 or so Peel Tapes, but I can’t find it. But there is this splendid honky-tonk country song from  the 12CD box set Life’s Like Poetry by Lefty Frizzell:

And the title of that song puts me in mind of the rather crude phrase Shit, Shower, Shave, which then reminds me of something I heard at a football match at Vale Park in the late 1980s. This is true. A bloke in front of me turned to who I assume was his mate and said “ey up, after the match, I’m going to go home, have a mixed grill, a good wank, and then go out”.

And finally. On this day in 1944 Michael Volker Kogel was born, in Berlin. He moved to Spain and was in a band called Los Bravos, and this is their most famous song. (It was later criminally covered by La Belle Epoque):

Next week: Why my red ShoeFayre slippers are not as good as my Coronation Street ones.