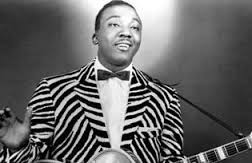 Some Blues to kick start Burnt Offerings 12
The splendidly attired chap above is none other than J.B.Lenoir who had a penchant for social commentary as well as zebra suits.
His 1954 song Eisenhower Blues was controversial at the time leading to Al Benson the head of Parrot Records taking him back to the studio to re-record it as the more generic Taxpayers Blues. 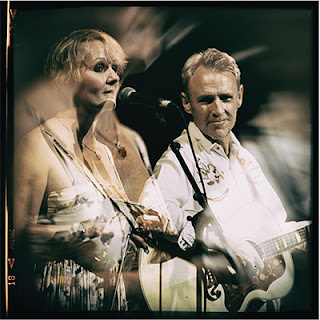 From Chicago Blues to Liverpudlian Americana with The Good Intentions  the husband  and wife team of  R Peter Davis and Gabrielle Monk (and previously Frank Roskell as well)  voted the Best Americana Band at the British Country Music Awards in 2011.
Not content to having a song called Neil Young they have also recorded You Love Jimmie Rodgers and She's in a George Jones Mood 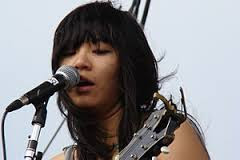 A baker's dozen's worth of nonsense next week
Posted by Charity Chic at 08:00