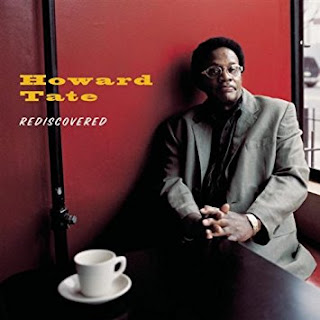 There is a fascinating back story behind Howard Tate's 2003 album  the aptly named Rediscovered.
Popular in the 60's he gave up the music industry after having being ripped of by promoters and music companies.
He subsequently lost a daughter in a house fire, lost his wife, lost his house and perhaps understandably turned to drink and drugs  and ended up living on the streets for 10 years.
With that background he should really be a country singer.

On this album he is reunited with his former producer and songwriter Jerry Ragovy who writes or co-writes (one with Elvis Costello)11 of the 12 songs on the album the 12th song being a version of Kiss by Prince.
He first came to my attention courtesy of Andy Kershaw's radio show.
Thanks Andy.

Howard Tate - Get it While You Can