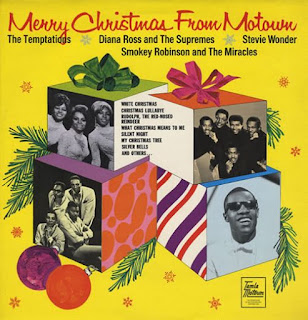 Soul on a Friday - bet that threw you!
Well it is Christmas and we are just about reaching that time of year when one day merges into another and no-one knows which day is which.
I picked up a battered copy of Merry Christmas From Motown earlier in the year and have waited until now to give it a spin.
There are a few hisses and scratches suggesting that it has been played at Christmas parties very year since it was released in 1968. I don't think it had been cleaned since then either.
Three songs each from The Temptations, Smokey Robinson and the Miracles, Diana Ross and the Supremes and Stevie Wonder feature on the record.
These two have scrubbed up better than most.