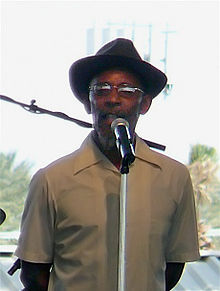 Sticking with some non-Country selections I was all set to give you Gil Scott- Heron today until I noticed the dreaded hyphen. Carry on like that and you could well be getting Cheryl Fernandez-Versini for goodness sake.
So it was back to the drawing board but not for long given a fairly obvious candidate was staring us in the face.
Step forward the mighty UK based but Jamaican born dub post Linton Kwesi Johnson (Kwesi being a Ghanaian name for a boy who was born on a Sunday).
Bass Culture and Forces of Victory came out at the time of Two Tone and Rock Against Racism and subsequently were embraced by a wider audience than may have previously been  the case.
His political poetry dealing with the experiences of being African- Caribbean in Britain clearly struck a cord.