Dylan Covered -I Shall be Released 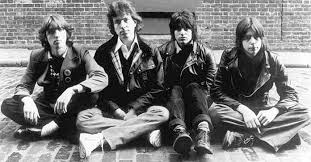 A fairly resounding victory last week for the Mojave 3 with their version of Girl From The North Country.
Even the Swede voted against Bob giving us a running total of Bob 4 Cover Artists 4 - this could go all the way to the wire.

This week I Shall be Released a song that Bob has recorded many times with this version coming from his Greatest Hits Volume 2.
Being a classic protest song many other versions have been recorded. I am going for the first one I heard and which still remains my favourite. The Tom Robinson Band with their version recorded on 16th  August 1977 the day that Elvis Presley died.
It is TRB for me, others may choose to disagree (a wee bit of poetry there for you).

Irrespective of the result we are back next week as it is now officially first to 10.


Bob Dylan - I Shall be Released

Tom Robinson Band - I Shall be Released