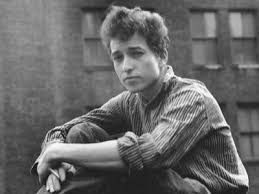 A resounding victory last time round for Bob with Knockin' on Heaven's Door. A lot of love out there for Warren Zevon but not enough to stop him getting comprehensively thrashed by the biggest margin so far in this series.
The score is now even again at Bob 5 Cover Artists 5
Who will take the lead as we head for the home straight?
We are going back to 1964 and Bob's third studio album The Times They Are A-Changin' when he was still essentially an out and out folkie.
His version of Boots of Spanish Leather is up against the version by country star Nanci Griffith from her 1993 Other Voices Other Rooms collection. Bob must have approved as he plays harmonica on the record.
It's Dylan for me by a distance this week.
Others may choose to disagree.