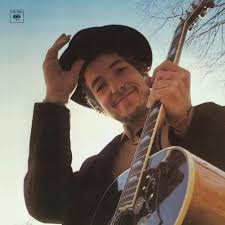 For a while last week it looked like it was going to be a close thing and then Bob gradually pulled away.
There was however a general recognition that they were two great versions of Blind Willie McTell - three if you count the version offered in the comments by The Swede
So the score is now Bob 4 Cover Artists 3.
Another cracker for you today with Girl From the North Country from the nearest Bob came to a country album Nashville Skyline.
I was originally going to offer up Rosanne Cash's version against that of her dad and Mr Dylan, it is one I have previously posted.
However when listening to a CD  from my Burnt Offerings collection (number 17 seeing as how you asked) which are basically songs I burnt from the internet a few years ago I stumbled on this magnificent version by the Mojave 3.
This has caused me a bit of a dilemma as it may well be the better version. However I cannot bring myself to voting against anything featuring both Bob Dylan and Johnny Cash.
Others of course may choose to disagree.
For those of you considering voting tactically for Bob to bring this series to a conclusion sorry to disappoint you. I have been persuaded by George and the Swede to make it first to 10

Bob Dylan with Johnny Cash - Girl From The North Country

Mojave 3 - Girl From the North Country
Posted by Charity Chic at 08:00