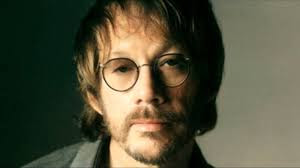 What's going on? Two weeks ago The Swede votes against Bob and last week Alyson votes for Bob!
The world is going mad!
A very close call last week with the Tom Robinson Band narrowly shading it with their version of I Shall Be Released. Therefore the score is now Bob 4  Cover Versions 5
Another tough one this week with  two versions  of the oft covered Knockin' on Heaven's Door.No Eric Clapton or Guns 'n' Roses you'll be glad to know.
We have Mr Zimmerman's original from the soundtrack of the 1973 film Pat Garrett and Billy the Kid versus the version by Warren Zevon from his 2003 album The Wind which is especially poignant given that he knew that he was dying when he recorded it.
Call me a sentimental old fool but it is Warren for me this week hands down.
Other more heart hearted folk may choose to differ! Can Bob draw level?

A break next Saturday for Christmas stuff. Back in between Christmas and New Year