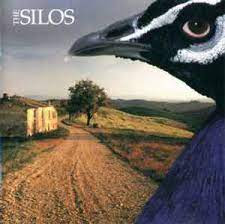 As I mentioned on my recent Joe Ely post when I met up with The Swede and other bloggers in Edinburgh in addition to Honky Tonk Masquerade he very kindly gave me a dozen or so CDs he had no further use for having digitalised them.

When I mentioned my proposed Swedefest series he was not convinced as he felt that none were in the same league as Joe. He may well be right but I cannot let his generosity go unrecognized.

So here goes. I'm starting with the self-titled album by The Silos from 1990 on RCA/BMG. You might think with that title that it was there debut but you would have been wrong there.They had two previous albums on Record Collect 1985's About Her Step and 1987's Cuba.

I'm quite surprised that they go back that far. They crossed my radar around the Millennium. I had nothing by them but think I may have seen them at least once. I have the album Lean by lead singer Walter Salas-Humara and saw him at King Tuts in 2002 as part of a Song Circle with Steve Wynn and Robert Fisher.

There were actually two Silos CDs but I haven't got round to listening to the other one yet.I did enjoy this one though and it is very much a keeper which has already been catalogued and which will find a home on the Americana shelves.

The Silos - Picture of Helen