Second is better than first, Part 1. 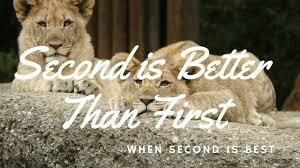 He's back with a new series!

I’m sure many of us have read about “second album syndrome”, or something about “the difficult follow-up album”. Or might have thought such a thing when playing The Beauty Stab. Some bands never recover from this, not just ABC. The Flying Burrito Brothers are another example, but it is quite possible that Gram Parsons’ antics did not help in that case. The Gang Of Four also spring to mind. That’s not to say that these bands never released a decent song or decent-ish album. Oh No. Although ABC never did.  And The Smiths recovered their form, quite majestically with the release of their third album (The Queen is Dead). 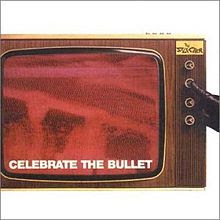 But some acts make a second album that is better than their first. You, dear reader, are free to disagree with my choices, and can argue your case below (or possibly in a piece for these pages). And that’s not to say that the first album is necessarily bad. It can even be a fine album. But the follow-up is better. This is the case with today’s selection, the majestic “Celebrate The Bullet” album by The Selecter.
The debut, Too Much Pressure, was a fine debut, very much a ska album, some great pop songs and clever lyrics, and featuring only one duff track. Absolutely not this one:
The Selecter - Danger

But musically, it’s a bit one-dimensional. The follow-up was a slight change or adaptation of musical direction, still some outright ska songs (“Bristol and Miami”), some with ska influences (“Bomb scare”) and some with a post-punk/new wave feel (“Their dream goes on”). It’s, well, just more sophisticated.  And man alive it is a dark album, with not a cheery song on it.

The Selecter - Tell me what's wrong

I’ve just discovered that many people’s least favourite DJ, that cretinous, odious buffoon Mike Read would not play the single Celebrate The Bullet, once again showing his remarkable ignorance and stupidity. Quite clearly the lyric “Do you really have to prove it, 'cause you know it won't bring them back to you, back to you” has a different meaning to the clown than the rest of us. Such is the man’s idiocy I’m surprised he’s not a minister for Culture in the Cummings/Johnson UK government.

The Selecter - Celebrate the bullet

Some of the tracks reflect the political atmosphere in the time, such as Bombscare, the title track, Bristol and Miami, and there’s some less-than-cheery sentiments in Selling Out Your Future and Red Reflections. Overall, I think it’s a remarkably powerful album, and far far superior to Too Much Pressure. It’s an album that I still play often, much more so than the debut.

The making of Celebrate The Bullet caused two original band members to leave, and shortly after its release the group disbanded. Maybe its relative failure and (idiotically) critical reviews played their part.

CC writes:
Feel free to agree or disagree
Celebrate the Bullet is an album I'm not familiar with at all. I don't even recognise the cover. So I have found this educational.
George advises that he has a few more up his sleeve. I'll also offer up one or two but it's harder than you think. If anyone else wants to join the party you are more than welcome - one song from the first album and two from the second.