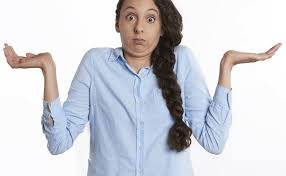 I'm struggling a little for ideas at the moment - suggestions welcome

In an act of desperation I had a quick search in my hard drive for songs with idea in the title and just about managed to come up with three.

The first one will be no stranger to most of you as it is A Good Idea the second song on Sugar's masterpiece of an album Copper Blue.
The other two are a bit more obscure - to me at any rate
Pearl Charles is a singer/songwriter from Los Angeles. Wiki writes that her sound is a melding of  1960's rock and 1970's cosmic country a description which sound highly promising.
Idea to Her was a 2015 Record Day exclusive which subsequently appeared on Bandcamp I've no idea how it crossed my radar

I know how Stay Voiceless crossed my radar. Clue - they are Welsh. Answer obviously courtesy of our old pal The Robster and more than likely from his wonderful Welsh Wednesday series.
Again we turn to Wiki - born of boredom and frustration in the depths of South Wales they draw influence from the 90's alternative scene and are here to make /ruin your day.

Finally a quick search on Google takes us from a Welsh splendid racket to some Australian power pop with the title track of Orson's 2006 debut album.

Pearl Charles - Idea to Her

Stay Voiceless - These Kids Have No Idea