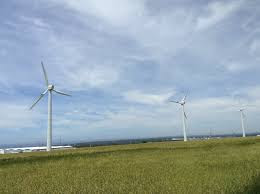 Many many weeks ago, actually the very second song in this interminable series, I posted  a Stevie Wonder cover of a Beatles song. And I’m sure CC himself made a derogatory comment about Steveland’s cover of Blowin In The Wind. And because we like a lot of the same songs I crossed it off the list. Well dear reader, it’s back, and it’s right here right now! And CC was wrong, I’d forgotten how good this is:

Stevie Wonder - Blowin in the wind

And you’re very lucky to have Zé Ramalho’s version for your pleasure:


Zé Ramalho is a very famous singer, in Brazil.  According to wikipedia his lyrics  “are very influenced by the socio-economic difficulties faced by the average Brazilian.” Christ, he’s got his plenty of material now that Brazil has that lunatic Bolsinaro in charge.


CC writes:  Stll think Stevie's version is poor but I like Zé's
And that folks is sadly the end of the series as George has run out of steam and inspiration.
I'm sure you'll all agree that it has been educational.
Wednesdays are going to be that bit duller from now on in.