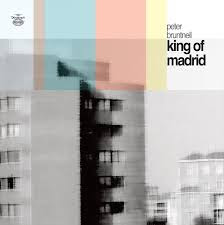 More Americana for you today - apologies if this is not your kind of thing.
Americana from England courtesy of Peter Bruntnell or perhaps technically from New Zealand given he was born there prior to moving to Kingston upon Thames when he was a year old. Apropos of nothing he is exactly 6 months younger than me.
George kindly pointed his 2019 album King of Madrid on the Domestico label in my direction and very good it is too.
Seeing as how it is relatively new you are only getting the one track namely the opener Broken Wing which is the story of a young person trying to escape from a fundamentalist cult.

It is his tenth album but the first of his I've heard since around the turn of the century when I saw him live on a few occasions. Here are a couple from his songs which I have on Loose Records compilations from that period.