Take Down the Union Jack 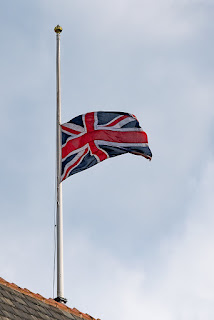 Since the election I have been mostly listening to Billy Bragg and the Clash.

Like everyone else I have been totally down in the dumps.
However two things have cheered me up.

The return of The Chain at Jez' place and the demonstration in Glasgow's Buchanan Street on Friday night by a large number of young people proclaiming that Boris Johnston "is not my Prime Minister"
Maybe there is hope for us yet.

One country wen to the polls on Thursday and two returned.One philosophy based on fear and suspicion of others,captured the heart of England but repelled and disgusts Scotland
Kevin McKenna, The Herald 14/12/19

I do acknowledge, however, that a lot of good people in England are also suffering and are repelled and disgusted.

Billy Bragg & the Blokes - Take Down the Union Jack

The Clash - Justice Tonight/Kick it Over