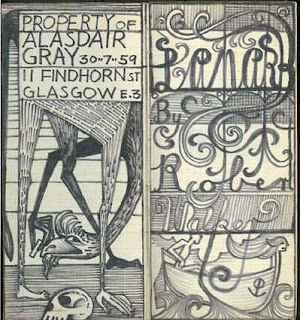 It was sad to hear about the death of artist and suthor Alisdair Gray at the age of 85.
Mrs CC and I were in the Ubiquitous Chip in Glasgow's Ashton Lane on Sunday for  lunch. We then went to the bar for a drink. I popped to the loo and when I returned I commented that it was good to see his mural.When we got home I switched on the computer to find that he had passed away.
He also has murals on display in Oran Mor and Hillhead Subway station

We attended the retrospective of his work a few years ago at Kelvingrove Art Gallery. Dirk that is the building you walked through to tick the culture box on your trip to Glasgow.
I also saw him one time in the Scotia Bar where is wife was trying, unsucessfully, to move him on.

He is of course best remembered for his critically acclaimed  novel Lanark
I liked the Glasgow of Duncan Thaw but struggled with the dystopian Unthank.
My personal favourite of his books was Old Men in Love.

A total one off eccentric and a gifted genius. Rest easy sir. 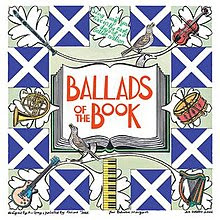