A Degree of (New) Order Restored 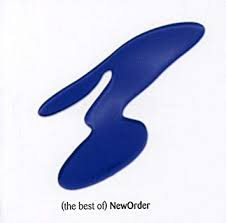 Confession time - New Order have never appeared on these pages until now.
A cou[le of covers of their songs yes but not the band themselves.

One reason probably is that up until a recent charity shop purchase of the compilation (the best of) New Order is that the only thing of theirs that I owned was the 12" single of Blue Monday (me and a million others).
I remember the song banging out an old ghettoblaster when I was doing the dishes and my mum thinking there was something wrong with the plumbing.

Another reason is that I have never really been a fan - gasps from many of those on the right hand sidebar.

From 1994 most of the songs on the album appear to have been taken from 1989's Technique and 1993's Republic
This version of True Faith was previously unreleased and Thieves Like Us was released as a single only.

Blue Order - Thieves Like Us
Posted by Charity Chic at 08:00