State of the Union - An Appreciation 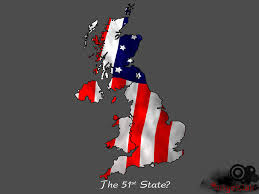 As mentioned yesterday I am using today's post as an appreciation for George's just completed State of the Union series.
For the last 50 Wednesdays he has provided/subjected you to songs with either State names or the names of towns and cities from the state in their title.
He has also provided a lot of useful informaton on frogs, state fish, geology, famous people, panhandles and a list of do's and dont's should you ever pitch up in one of these States.
At the last count he is now barred from 37 of them.

Where possible he shied away from the more obvious songs going for the more obscure. Phil Ochs has never had such a high presence on these pages.

I was happy to let him loose and thought it would give me a rest. However, I couldn't resist trying to add a song or two of my own which sometime defeated that objective.

He is probably currently advertising his services across the blogosphere. If there are no takers  I am happy to take him back after a well deserved Festive break if he is willing and if we can negotiate a suitable deal.
He may have a series in mind but if not feel free to offer up some suggestions.

Finally, much as it loathes me to say it he actually missed out one state.
Yes, as you munch on your chlorinated chicken and wonder whether your life savings will stretch to paying for an X-ray on a sprained finger remember that the UK is indeed the 51st State of the USA