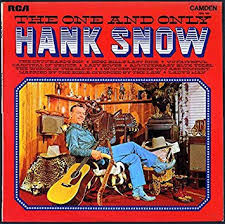 Q: What do The Charlatans and Hank Snow have in common?
A: I've bought albums by both only to find that they actually contain a different album by them than the one on the sleeve.

Yes although the sleeve suggests that the album from the haul was 1962's The One and Only Hank Snow it is in fact 1963's The Last Ride. Nothing to lose sleep over as I  suspect that they are probably much of a muchness. Plus I think I got the better cover 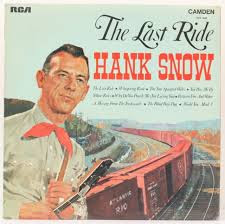 A Canadian, Hank had a career spanning over 50 years recording around 140 albums. I wonder if his career would have ever got off the ground had he recorded under his actual name of Clarence Eugene Snow- it doesn't quite have the same ring about it.

There used to be a dodgy pub called The Tradewinds in Speirsbridge Rd, Thornliebank. Like many pubs on Glasgow's South Side it has since been replaced by flats

Hank Snow - Why Do You Punish Me (For Loving You)

Hank Snow -Message From the Tradewinds
Posted by Charity Chic at 08:00