State of the Union - Michegan 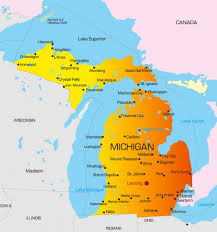 At first all I could think about for this state was: 1. Lake Michigan. 2. Flint (the city), and 3. Album of the same name by Sufjan Stevens.  .

There was a film about Flint a few years, about the affect the closure of  car-factories had on the city and its people. From 80 000 employees in 1970, General Motors had maybe 7, 200 in 2015. Looking at the population changes of the city it has suffered a rather catastrophic fall in population over 50 years, from just over 190 000 in 1970 to about 96 000 today. And Flint has been in the news in the past few years because its water source is so unsafe “Flint residents were instructed to use only bottled or filtered water for drinking, cooking, cleaning, and bathing” (from wikipedia) due to a poor water treatment resulting in lead leaching into the supply from pipes- And Flint is one of the most dangerous cities (in the top ten of cities > 75 000)............................... I no longer work for the FTA (Flint Tourist Authority).....

On to cheerier matters. Convicted felon and “"the greatest scab and cancer on the face of Christianity in 2,000 years of church history” Jim Bakker was born in Muskegon, Michigan.  Well, that was how Jerry Falwell described Mr Bakker, and Jerry would know! 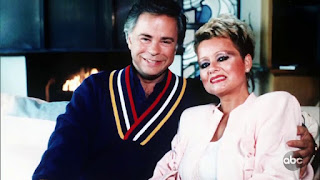 (Fifty per cent of the people in that picture are felons)

After that heart-lifting introduction, time for some music. Kid Rock (not his real name, and he is a middle-aged name now not a youth) is a musician I am not familiar with,and after listening to 50 seconds of his “Detroit, Michigan” it will remain that way. Instead, here’s a splendid cover of “Detroit City”. Just listen to that piano at the start, that familiar voice skewing the vowels….

How can Jerry Lee Lewis’s vocal not cheer you up?

I had to research Michigan to realise Detroit is in the state. And to cut a long story short, there ARE some musicians who do not come from Detroit.
I also listened to 100 seconds of Detroit City by Kiss.  Other relevant songs rejected by the GTP are by Blondie, Ian Hunter, Primal Scream, The J. Geils Band, Texas, Alice Cooper, The White Stripes, Wayne Kramer,  and Smokey Robinson & The Miracles. (GTP are the George Taste Police.) 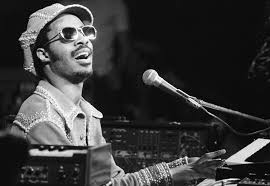 The GTP did listen to the Joe Strummer song, and it was quite liked. And 25 seconds of the utter shite offered by Suzi Quatro. And the entirety of the Big Bill Broonzy offering, which sadly had to be rejected because the title refers to a train. And Lefty Frizzell’s song is also excluded.

Second song, and it is this utterly brilliant offering from the obvious album (Romulus is a
large suburb of Detroit.):

Mr. Stevens was born in Detroit.

No place for the song that I thought was covered by Lulu, but wasn’t. (she covered Watch That Man).

CC writes: Not quite sure why Lefty was excluded. I'm including him