State of the Union - Missouri 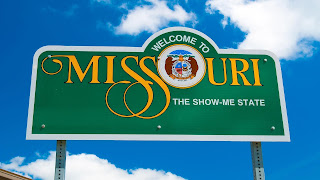 
Today, it’s the state in first equal place in the “Which state of the USA borders the highest number of other states” competition. When this state was formally adopted into the USA, thousands upon thousands of African-Americans slaves fled there. Only for the state to be admitted to the union as a slave state.

Americana group Nadine have a song called Dark Light, that is set in St Louis (Missouri). It does not, NOT, refer to the scottish beer called light (as opposed to heavy), or to the pub in Cowdenbeath called Wee Jimmies, that used to sell light light and dark light. 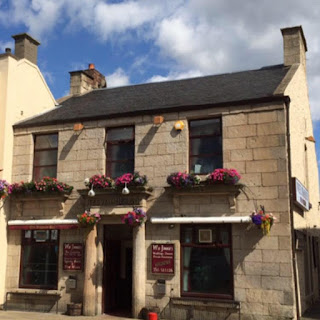 I looked at the Ranker list of famous people from St Louis (that’s in Missouri, by the way) and was amazed that I had heard of 5 of the top 6. And that did not include the man who was Benson in the 1970s comedy Soap. One of the top 6 is the brother of Marvin Berry (Marvin Berry and The Starlighters, “Johnny B. Goode”, phone call “Hey Chuck, it’s your brother Marvin…….”, come on, do keep up). 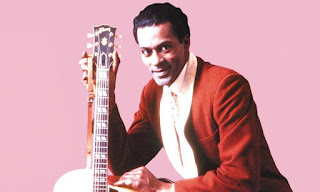 That city is also the birthplace of Big Joe Turner.

Lonnie Johnson, although not born in St. Louis, or the state of Missouri, did live there. He witnessed a catastrophic weather event and wrote this song about it:

St. Louis gave us the company responsible for that disgusting “beer” B**w**s*r.

And St. Louis also gave us the most bizarre Olympic games, in 1904. Only 42 of the 91 events had athletes from countries other than the USA, the marathon was one by a bloke who hitched a ride in a car for ten of the 26 miles, and the entire games lasted over four months, holding one event a day.

The state of Missouri was the birthplace, and retirement place, of Harry S Truman. When he left the presidency, all he had to live on was an army pension of $112 a month, which is about $1100 a month today. From wikipedia: he did not wish to be on any corporate payroll, believing that taking advantage of such financial opportunities would diminish the integrity of the nation's highest office.

That’s it. Another one next week-

CC writes: Low may be from Minnesota but they have a song called Missouri on their Secret Name album.