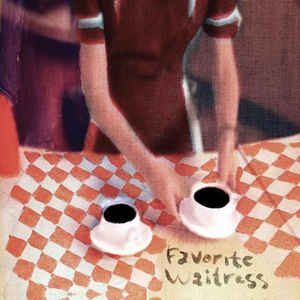 The Felice Brothers are a band whose name has crossed my radar on many occasions but one who I know relatively little about and don't have much music by.
I've a few of their songs downloaded or on compilations and also songs by former member Simone Felice either under his own name or as The Duke and the King.

They have been really  prolific  since their debut album Iantown  in 2005 with 16 albums at the last count ie averaging at more than one per year
The only one I have is 2014's Favorite Waitress on the Dualtone album and even then it is a burn. I gave it a listen in the car last week and to be honest I was fairly underwhelmed.
Pleasant enough but nothing startling and certainly nothing to make me rush out and track down some more of their stuff although I suspect that some of them will probably be better. Most reviews seem to to give it around 3 out of 5 which is about right.

I would take marks of for their spelling of Favourite and Liquorice given that I am from this side of the pond.

The Felice Brothers - Woman Next Door