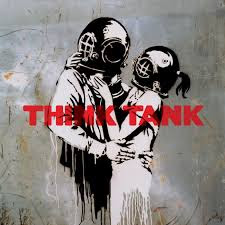 Blur only released 8 studio albums between 1991 and 2015
I have the first five plus a burn of number six 13 which given it is a burn doesn't count.

I picked up album  number 7 2003's Think Thank in the Faith, Hope and Charity shop in Whithorn last week.
Partly towards becoming a completeist but mostly because it was only 50p.
It is much better than I thought it would be. The second of today's songs is just over a minute in length but is none the worse for that.
Only 13 and The Magic Whip to go.

Blur -Out of Time