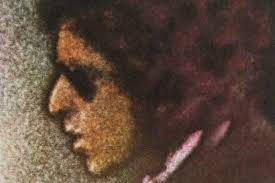 A narrow win for Bob versus Jason and the Scorchers last week with Absolutely Sweet Marie. Had the vote of George's large dog been allowed to count it would have been a draw!
Clear daylight now between Dylan and the rest with the score now being Bob 7 Cover Artists 5.

I think today is the first time Blood on the Tracks has featured in this series and again Bob is up against an alternative country star this week in the form of Canadian chanteuse Neko Case.
Her version of Buckets of Rain is on one of the Burnt Offerings CDs. I had no information as to it's origin.until I just checked and it is from her Live from Austin,Tx album (excuse the bit at the end)

Another close one this week I suspect..
For me Bob just shades it .The vocals on both are excellent but his version benefits from the minimal musical accompaniment and no jazz interlude.
Others may of course choose to disagree

Neko Case - Buckets of Rain
Posted by Charity Chic at 08:00